Torrevieja is a city and coastal municipality of the province of Alicante, in the Valencian Community, Spain. Located in the south of the province, within the region of Vega Baja del Segura, is located in a landscape of high scenic and ecological value on the shores of the Mediterranean and next to the lagoons of La Mata and Torrevieja. With 84 959 inhabitants (data from January 2018) 2 is the fifth city in number of inhabitants of the Valencian Community and the third in the province of Alicante.

It is known for its typically Mediterranean weather and coastline. It has boardwalks with resorts along its sandy beaches. The small Museum of the Sea and Salt houses exhibitions about the fishing and salt history of the city. Inside, the natural park of Lagunas de La Mata-Torrevieja has trails and two salty lagoons, one pink and one green.

Language
Valencian was the language spoken in the Vega Baja del Segura since the reconquest of Jaime II at the end of the 13th century. Later, in the XVIII-XIX century, the linguistic substitution of Valencian by Spanish was completed.

Torrevieja is a city that enjoys a semi-arid Mediterranean climate, with rainfall of around 260 liters per square meter per year and an average temperature of 18ºC.

Aid for public transport for citizens registered in Torrevieja.

Citizens registered in Torrevieja, can make use of urban buses obtaining the CITIZEN CARD that has a cost of € 35 per year.

Citizens who are not registered or who do not have a Citizen Card can use the bus service at the price of € 1.20 per trip.

The bus station of long route of Torrevieja, is located in the Street of the Sea, 40.
It has a taxi stand as well as cafeteria service, toilets and press kiosk.

Torrevieja has no train or subway.

In Torrevieja is the public district hospital with management by private concession, of the Department of Torrevieja, of the Valencian Health Agency. The health centers at the head of the Department are located in Torrevieja itself, in Guardamar del Segura, Pilar de la Horadada and Rojales, also encompassing other towns such as San Fulgencio, Formentera del Segura, Benijófar, Orihuela Costa , San Miguel de Salinas and Los Montesinos.

Things to do or visit in Torrevieja:

Torrevieja you will love it.  How about a holiday lettings in Torrevieja? 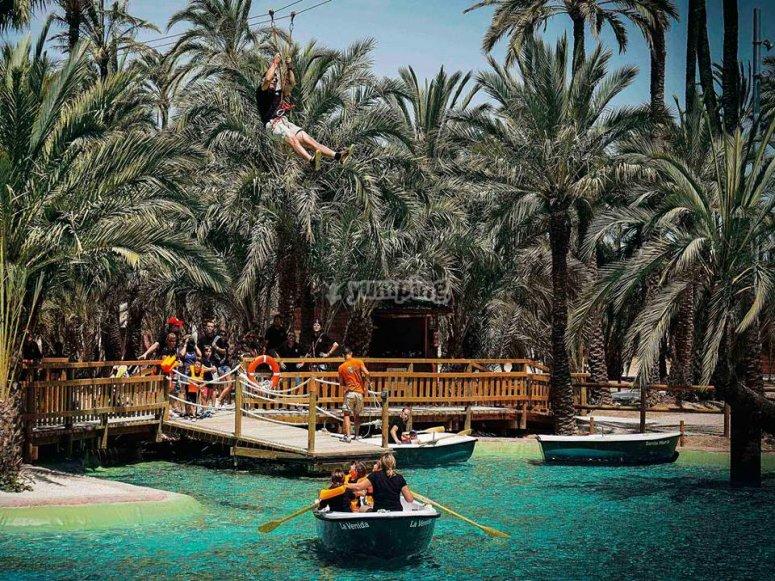